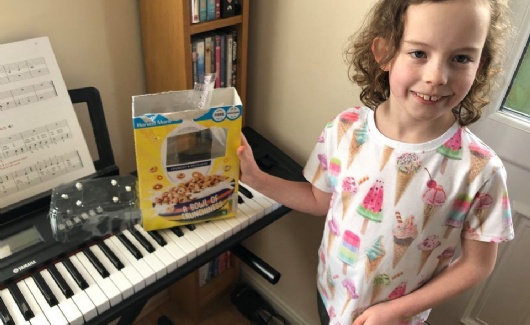 Hollie has been learning how to land a front flip on the trampoline this week as well as doing some junk modelling (it's the local church) and playing some tunes on the piano. She also put her maths skills and growing independence to the test by going into our corner shop by herself; she needed 4 or 6 pints (though they only sold them in litres), had to work out if she had enough change for what she wanted to buy and then paid for it all (from a socially acceptable distance) before delivering them to the doorstep of a friend who is in isolation. You are so kind and helpful Hollie, well done!